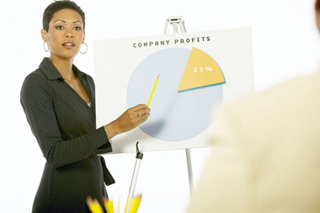 In order to build rapport with an audience in a business presentation try to make it as entertaining as you can. First, establish who your audience is and what the potential barriers may be. Next, implement different motivational strategies that include maintaining eye contact, telling stories to personalize the presentation, and employ effective language (Baack, 2012). Also include music as a soundscape with visual aid, use hand gestures, and a variety of vocal intonations; particularly when emphasizing issues of importance. In addition, utilize the entire stage as well as the house to encourage audience participation and feedback.

On several occasions, I have been hired as a consultant and special effects artist to enrich presentations for other motivational speakers making their events more theatrical and entertaining. For example, around 1990, I was part of a special effects team hired to wow the crowds at one of Tony Robbins two week motivational retreats in Maui. 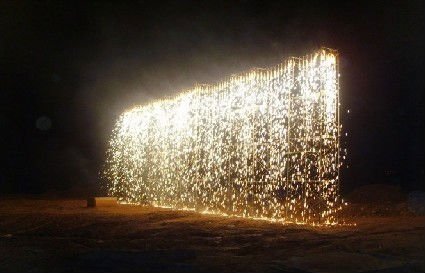 As one of the world’s foremost motivational speakers Tony is a dynamic personality and can engage an audience just with his energy and the power of his words. At this particular event, he wanted to make the experience more spectacular for his audience by adding stage theatrics. We set him up with some easy to perform magic tricks to help emphasize a point in certain segments. In other sections we included the use of pyrotechnics and special effects for more dramatic emphasis. To create an unforgettable introduction, we incorporated the use of uplifting music and staged his entrance to make it seem like he appeared out of thin air under the misdirection of the laser lights and a billow of clouds produced from strategically placed smoke machines. Making a presentation theatrical is to me, one of the highlights of putting on a show.