How we live and earn an income is crucial to our well-being.  For some, more than half our lives are spent working so it is imperative we analyze how we spend this time.  The work we do is in essence, an extension of who we are.  Occupations that we are passionate about can heal, nourish, and transform, as well as bring us peace and happiness.  On the other side of the spectrum, it can also create pain and suffering.  Zen Buddhist teacher, Thich Nhat Hanh (2012) in his book Work, articulates that when we apply more awareness and a conscious mindfulness in every aspect of our lives, cultivating empathy and understanding in our professions as well, it can actually help us achieve an affable way of working and living harmoniously with others (Hanh, 2012).  In other words, our work can become an extraordinary way to express our greatest desires as well as provide an opportunity to create a source of income. 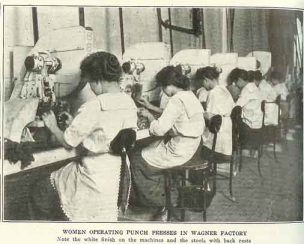 The Evolution of Working Conditions

In the early settlements of America, the work experience was quite different than it is today.  At that time, it was mostly the men who actually participated in paid employment.  In fact, only one group of women could be called wage-earners:  the domestic servants.  By the nineteenth century however, the wage labor force movement allowed women to transit from family centered positions to paid income roles (Kessler-Harris, 2003).  Marriage however, was still considered the accepted industry for women where they were viewed as strong sturdy wives that managed the household.  The labor movements of the 1960s changed the face of the work force yet again and labor unions were founded to protect workers and worker’s rights which included: (a) fair hourly wages, (b) health care benefits, (c) better working conditions, and (d) other compensations (Dray, 2010).

Each individual has a unique view and experience of what work means to them.  For example, to our father, a Greek immigrant with limited education, who entered this country as a displaced citizen due to the political turmoil in his homeland at the time, work in America, meant the opportunity to a better life.  Our mother, on the other hand, was raised in the US, achieved a high school diploma and was awarded a scholarship to pursue a higher education.  In spite of those achievements, she was discouraged by her mother to consider a career, as working women were perceived unfavorably.  Employed women were highly frowned upon during that period in our family history.  It was a culture that endorsed the woman’s locus of control to her domicile.  She, like many other women, was conditioned to believe that her priority was to remain in the residence with her children in the role of domestic engineer.  In doing so, she released her dreams to pursue a singing career and supported instead, our father’s career.  Work outside the home eventually became a necessity for her as well once a bigger budget was required to sustain our growing family.  As a solution our family literally served bread as a way of earning our bread so to speak, when we invested in a family restaurant business that our parents operated to provide a source of income.  In the meantime, our paternal grandmother was enlisted for child care services.  She was essentially railroaded to spearhead full time nanny duties with just room and board as her remittance.  (It is a customary in many Greek families for the elders to reside in the same household as part of a family unit).  This tradition however, left her a very bitter and angry woman.  Instead of enjoying her retirement years, in her view, she was saddled with raising four unruly children. 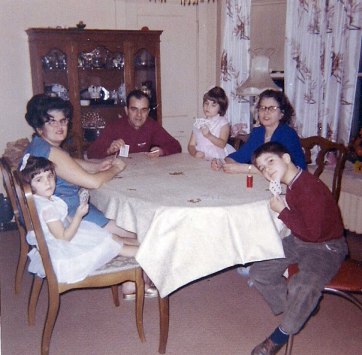 Due to the established working conditions and the dysfunctional nature of our parent’s relationship, none of the children were motivated or inspired to assist or participate in the continuation of the family business.  In addition, our grandmother’s limitations that included (a) a lack of formal education, (b) the ability to converse only in the Greek language, and (c) an inability to drive leaving her confined in the home, was unable to establish any real lasting friendships or create a sense of personal freedom.  After fourteen years of what felt like slavery and isolation, she returned to her home country feeling unappreciated, unloved, beaten and worn down.  For her, work was an unpleasant experience because her limitations did not afford her many (if any) opportunities to spread her wings.  She was not an empowered woman and unable to communicate her needs, which added to the life-related stressors she experienced.  As a formerly independent woman, once the head of her own household, these new conditions created a life of confinement, with no compensation for her efforts, or a love interest to nourish her needs. From her perspective, everyone was pulling on her apron strings for the cooking, cleaning and other domestic services that were required of a full time service provider.

Our mother was similarly unsatisfied with her work conditions.  She was trained and skilled as a consummate singer and possessed the voice of an angel.  Rather than pursuing her talents and dreams, she was expected like all other proper women from that generation, to marry and play the role of a good supportive wife.  In marrying our father, she gave up her dreams, independence, and desires to pursue her own passions.  Those choices had a profound effect on her self-esteem and self-efficacy.

Our father on the other hand, was cast in the dominant role.  He was conditioned and nurtured as the head of the family; the king of his castle.  He ran our household like that of a dictatorship based on his perceptions, experience, limited education and ethnocentric views.  He was the supreme ruler in our family whose methodologies were not to be questioned.  He was very affectionate and had a great sense of humor, but quite a strict disciplinarian.  When we made inquiries or asked for explanations, we received answers like, “Because I said so!”  Intelligent individuals require a more reasonable response and explanation.  Those kinds of responses fostered frustration and confusion to say the least.

Our parents were also part of the expanding fast food industry culture when they took over a local A&W Root beer establishment.  Their various ventures in the restaurant business were a means to make ends meet as we did not get a sense that our parents were passionate about their work.  This was indicative in their demeanor at the end of each work day when they returned weary, stressed, complained about the conditions, the work load, the employees, their limitations within the franchise, and were customarily too exhausted to plug in to their children’s needs.  At times it felt like we were only summoned as a quick after thought.  They were often too run down to engage in active listening or to participate in routine activities with us.  Observing these situations and conditions motivated all the children to follow their own passions to pursue occupations that inspire us.

By engaging conscious and mindful practices in every aspect of our lives, from how we breathe, sit, eat, walk, think and behave towards ourselves and others, we can create a positive stress free environment in both the home and the work place.  The manner in how we engage in actions for example, like getting ready for work, preparing our meals, and managing our homes, has an affect on everyone around us as well as on the quality of our own lives.  When one member of a family or organization is suffering and in anguish for reasons that include but are not limited to: (a) not having needs met, (b) not receiving attention, (c) not getting support, or (d) have feelings that no one is listening, they are unable to function or perform effectively.  If it is not addressed, it can result in unhealthy behavior.  Giving attention to individuals in distress, acknowledging their issues and nurturing them can help a person resolve their problems and heal, which is ultimately beneficial to the entire organization and family unit.  In conclusion, while some work situations may not be ideal, mindful actions and compassionate choices can help transform and bring us happiness.  In short, how we conduct every aspect of our lives is an important component to our health and well-being both personally and professionally.