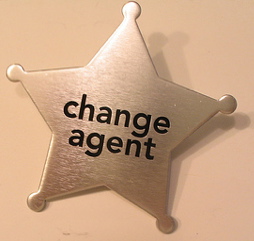 Change agents operate to amend laws and introduce legislation that benefits society.  For example, one growing trend in our culture is single motherhood.  Recent data from government agencies collected from social scientists and researchers worldwide, suggests that single mothers in the United States, most of whom are either separated or previously married, work longer hours and experience higher poverty rates than their peers in other high-income countries.  The reason for this is due to a flawed income support system.  Plus, there is a high rate of low-wage workers purports Tim Casey, the senior staff attorney at Legal Momentum. (Kaufman, 2012). 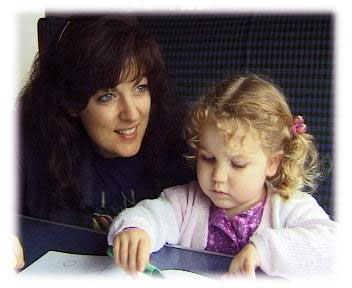 According to a report published by Legal Momentum (2012) half of single mothers’ annual income is less than $25,000 and two fifths of single mother families is “food insecure.”  In addition, one third of children around the country grow up without a father according to the US Census Bureau.  Studies indicate that children who grow up in a fatherless home have greater risk of major challenges in life than those who are reared with both parents present.  Twenty-seven million children in America are affected by this problem and it continues to spread.  Higher rates of poverty, failure in school, teen pregnancy, substance abuse, violent crime, and depression have been linked to the influence of absentee fathers (Legal Momentum, 2012).  This research is focused on how an agent of change can bring awareness to these issues that affect modern families and introduce reforms. 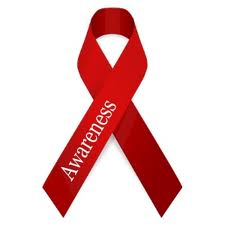 A change agent works to shift public perceptions and is passionate about engaging public awareness.  Resources are allocated to educate the public on the absentee parent issue and stir deep emotions in others about this crisis that has reached epidemic levels.  In addition, an agent of change seeks further understanding and empathy by bringing to light important information from the Office of Child Support Enforcement (OCSE) addressing that only one quarter of single mothers receive child support monies (ACF, 2012).  Pre-planning and strategy techniques help rally sympathy and gathers allegiance from an unaware public.  Furthermore, change agents expose other staggering OCSE data revealing that out of nearly sixteen million single mothers, only two million receive assistance.

Agents of change also use to their advantage, the many political voices that have indicated a strong desire to track down absent fathers that have gone without fulfilling child-support obligations to their biological or adoptive children (OIG, n.d.).  This key component is used to rally individuals in joining to support the movement’s efforts.  Persons of political influence in this atmosphere can be swayed by the renewed interest from the realization that the social welfare programs are picking up the tab for abandoned children, contributing significantly to the increasing federal budget deficit.  These are ideal conditions for attracting influential membership.  Change agents actively seek ways to garner more resources and educate individuals on the effects of an absentee parent on children, while emphasizing the economic ramifications of taking no action.

Agents of change also work to revolutionize old systems.  Their platform addresses sensitivities and comprehend that most deadbeat dads do not perceive themselves as fathers, let alone deadbeats, acknowledging that this is one possible reason they do not embrace fatherhood.  They are also aware that there are others that feel no obligation to fulfill parental duties and in a state of emotional incompetence attempt to justify their irresponsible behavior by proposing foolish notions of being deceived into parenthood as a form of entrapment.  Although this may be true in some extreme cases, it is not cause or justification for the abandonment of parental duties or accountability to these children.

Agents of change conduct extensive research on current legislation to ascertain what established methods and systems are both effective and ineffective.  For example, when an absentee father is delinquent or ceases to pay court ordered child support monies, the mother is forced to seek emergency methods and alternative solutions to cover expenses.  Most mothers are dependent on child support funds and factor them into to their monthly budgets.  When support is delinquent or ceases altogether, a mother goes into fight or flight mode.  It is under these stressful and desperate conditions, she must seek alternative means to compensate for the loss.  She therefore resorts to government aid in the form of nutrition and medical assistance, and in extreme emergencies payment for utilities, emergency cash, and even temporary housing.

When an irresponsible parent neglects payments or submits support intermittently, that payment is construed by the government’s human resource division as additional income and has an impact on their benefits. Adjustments however are not made in the mother’s favor for the period support monies were absent. In short, the system penalizes these moms while the absentee dad faces no repercussions in the form of penalties or fines.

Indeed, while the actions of change agents can cause confusion and pain, their servitude is focused on making society better.  They engage their resources to reach out and network with women in similar conditions at forums and support groups to open a dialog.  They organize and provide a safe, accepting, and life-changing platform online, eventually opening local group chapters.  These provide similarly strong women a place to gather, exchange ideas, share inspirational stories of survival and triumph, and look for additional help and resources.

The recruitment and support from corporations and individuals with influential power in the political arena is equally important to change agents.  They solicit these individuals and reveal that the intent of the movement is noble.  They make their goals and intentions clear: to stop the spread of fatherless homes and help put an end to children growing up without their dads.

Agents of change acknowledge that one way of doing this is the formation and implementation of fatherhood support programs and initiatives.  Not all fathers set out to become inactive participants in their children’s lives.  Many are unemployed and looking for opportunities to become a better parent but lack the education, support, and guidance.  In addition, strict measures would be sought for those fathers who do have the means to support their children, yet choose to hide or avoid their responsibilities as an active participant because of their bitterness and anger towards the mother.

Initiating tougher laws on tracking down these types of absentee parents would include strict penalties.  Deadbeat dads that have the means to support their children and deliberately withhold support should be subject to substantial fines and in extreme cases spend time in a penitentiary offering these individuals sufficient opportunity to rethink their choices and poor judgment.

In summary, even though their actions can be disruptive, agents of change transform society by shifting perceptions and revolutionizing old systems.  The absence of a father impacts a child their entire life – their attitude, their actions, their beliefs, their decisions, and their identity.  Children do not ask to be neglected.  It is the responsibility of the adults to provide a safe, loving and supportive environment for them.  Children of negligent fathers are forced to adapt to their condition in order to address the resulting negative behaviors, break free, and experience a confidence building, empowering love that will heal their hurts and fulfill their deepest longings.

As an agent of change for this movement, educating and setting up programs for single mothers and absentee fathers can inspire motivation to reform.  Working to transform these individuals into empowered, accountable, and caring parents, aids their healing process.  Creating new opportunities for estranged fathers and encouraging them to become active participants in their children’s lives ultimately benefits everyone.

This research addressed how an agent of change would address the epidemic in the absence of fathers that continues to plague society and affects families from every corner of the world and in all walks of life. Whether fathers leave entirely during childhood or are physically present but emotionally distant, those who miss out on an affirming, intimate father relationship continue to experience the devastating consequences of that loss. Change agents who support an issue as a noble and worthy cause work diligently to set the stage for social transformation.