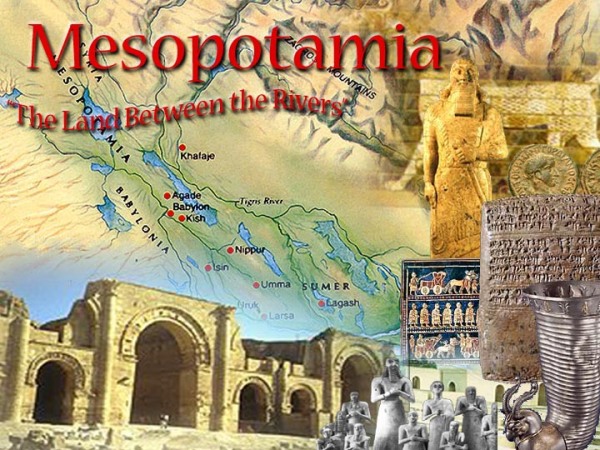 Sumer – The Cradle of Civilization

One method to navigate the direction of progress in humanity is by probing the origin of the human agency which points us to Sumer – the cradle of civilization. Here we can find examples of materialistic and idealistic shifts in their economic production and the introduction of new technologies. These were instrumental components for the conversion in the condition of man from a hunter and gatherer species (Free, 2011).  This significant demographic transformation was ushered by the appearance of the first ruling kings, whose choices and ethics induced a social change that precipitated the beginning of an entire new perspective and a relationship between the populace, the land and their rulers.

According to Zecharia Sitchin (2007) most historical inscriptions discovered, lead back to Mesopotamia’s earliest civilization that surfaced in Sumer. The Sumerians impact and influence on the cultivation of human civilization has become known through the translations of their cuneiform texts and clay tablets by many distinguished scholars (Sitchin, 2007). The late erudite Sitchin, spent most of his life deciphering and translating their records which have been preserved in his collection of books entitled The Earth Chronicles. 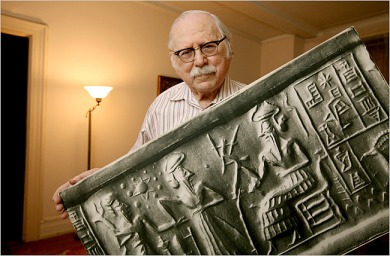 Conditions – A New Frontier in Leadership

The Sumerians were considered a people of the earth who struggled to survive the conditions of a land where water washed away their fields leaving crops to decay in the sun. According to the clay tablets that preserved the tradition of kingship, known as The Sumerian King List, one of the mysteries uncovered was the duration of their first ruler King Alulim. His reign is documented to have lasted for 28,000 years and marked the beginning of human civilization. To them kingship was a welcomed gift from the gods that helped in their transformation from the old world of hunters and gatherers to a new civilized world. Bauer suggests these monarchs were either demigods taken out of mythology or merely long-term rulers (Bauer, 2007). 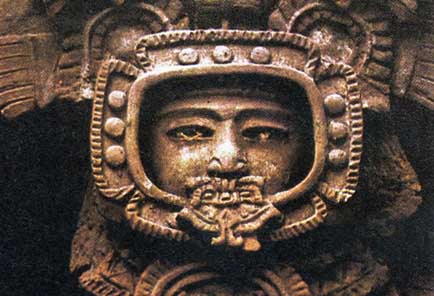 Many modern scholars like Sitchin however, consider an alternative perspective as an explanation that leads to a radically different supposition in proposing the ancient astronaut theory. This theory suggests that an advanced race intervened in the human agency passing on their knowledge of archeo-astronomy and employed advanced forms of technology. For many, this theory is the most logical and congruent rationalization for explaining anomalies like the extended life spans of ancient rulers, as well as other inexplicable wonders like the Nazca lines of Peru which can only be observed from aerial views. 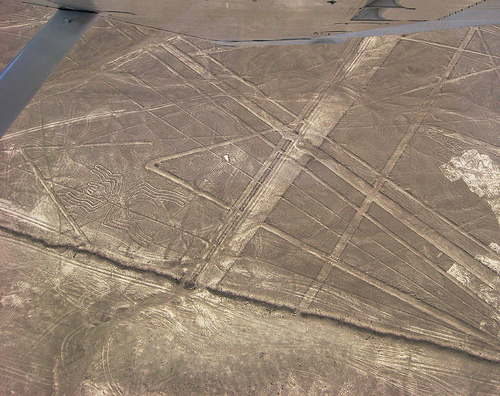 Other innovations that infer the use of highly developed levels of technology in the ancient past include megalithic structures like Stonehenge, the pyramids, ziggurats, and temples located throughout the globe. Recent discoveries and closer examination have provided more clues with concrete evidence of construction from precision instruments with an advanced level of knowledge in engineering, mathematics, and astronomy (Sitchin, 2007). 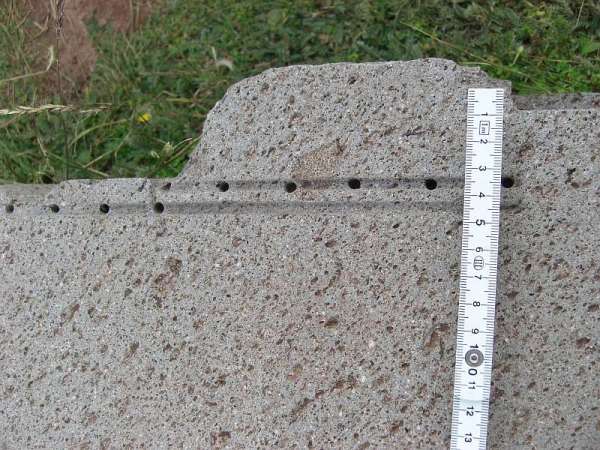 Precision technology in the stone carvings at Puma Punku, Bolivia

The debate among scholars continues on how and who constructed these marvels cognizant that the indigenous human agency during that period consisted merely of hunters and gatherers. Historical records report that harsh conditions and flooding swept the region making it difficult to ascertain a definitive conclusion while officials continue their work to construct an accurate depiction. What is known for certain however is that the first Sumerian King has his genesis in a very remote past (Bauer, 2007). 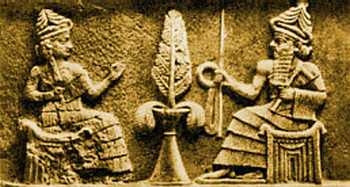 Functional Structures and Innovations of the Ancients

The Sumerian civilization was a stable society with a functioning structure comprised of interrelated parts that coalesced efficiently to promote their survival and the expansion of their empire. They are the earliest known culture to have introduced writing, which was a significant new component in the evolution of the human agency. The Sumerian’s documentation of historical records and the manner in which they expressed themselves with words were depicted pictorially on cylinder seals. These translations uncovered many other innovations they are credited with that consist of a multitude of firsts, including the wheel, the brick, high rise buildings, the kiln, mathematics, astronomy, law codes, contracts (including marriage and divorce), religion, banking and a unique form of writing that remained in use almost until the time of Jesus (Sitchin, 2007). 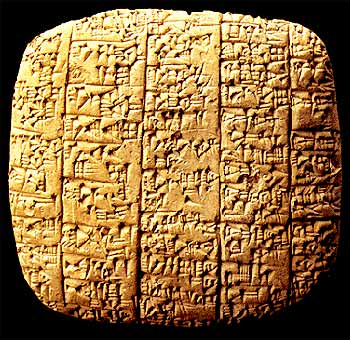 Bauer’s research also reveals that the peoples of the ancient world made another cultural shift which resulted from the stresses and strains of the weather cycle and the recurrence of a hardened and dry ground when the waters subsided. The geography did not provide stone or timber from forests; neither were there grasslands. Reeds embellished the banks and streams along with an abundance of mud. These resourceful materials were adopted as innovations to create a mixture that could be molded and dried. This amalgam produced the foundation for their homes and the bricks that formed their cities as well as their cooking ware.  These were sources of innovation that motivated cultural development. They were eventually diffused and assimilated into other cultures as interaction between different peoples played an influential role in their progress. These systematic changes in the functioning structures of their civilization were in response to their fluctuating world (Bauer, 2007). 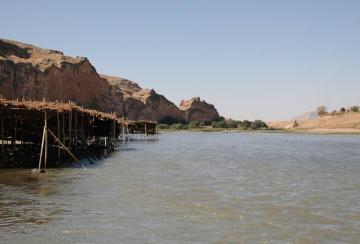 Humanity’s comprehension of the ancient world can also help guide us through climate changes than can lead to migration. For example, modern geological studies suggest the ecological perspectives of change that occurred in Mesopotamia were forged from the ice that sheeted the land from the polar caps reaching the Mediterranean. Ocean levels in the region were low from the water contained in the ice and rain fell regularly creating a plush fertile land. As the climate warmed, the icecaps melted, the ocean crept up, and settlements retreated. In 6000 BC for example, Britain was formerly a peninsula off Europe (Bauer, 2007). 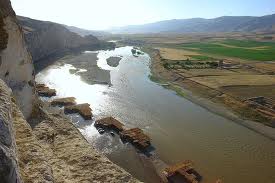 Evidence suggests the entire region contained water until climate change occurred and rising temperatures slowly dried out the Tigris that continued to retreat. The region was watered by more than the Tigris and Euphrates Rivers that remain today. In fact, there was a whole complex of powerful waterways and streams whose existence can be verified by the dried out river beds that are still discernible from satellite photos (Bauer, 2007).

Research points to a pattern in the environment that emerged and was adapted into the civilization’s culture when the rivers and streams swelled from the heavy rains. The flooded conditions washed away their agricultural fields. When the waters receded silt remained on the banks. This cyclical event pushed interweaving streams apart and the Gulf that continued to creep north further transforming the economics of the civilization as the people in the south near the Gulf scraped for survival in the unstable environment (Bauer, 2007). Contemporary experts make comparisons of patterns that occurred in the Mesopotamian region to similar trends on a global scale in the modern era. The current warming cycle is thawing the glacial and Polar Regions while current sea levels on the rise threatening coastal development. By examining the annual flooding event in the Mesopotamian region to help solve modern problems, experts can learn from the successes and failures of the ancients by the methods of management that were employed when flood waters carpeted their fields.

Another significant development to occur in the human genus transpired from the dynasties that presided over the irrigation and cultivation of the Mesopotamian region. Rulers began to engage huge labor forces for the construction of their buildings and temples. Also introduced at this time was the manufacture of exquisite jewelry and art. These innovations instilled ethnocentrism and adulation towards their rulers (Bauer, 2007).

The accepted ideology of the Ancient Sumerians was a belief in a host of deities denoted as the Anunnaki (which roughly translates to Sky Gods). Circulation of Sumerian traditions was instrumental in the alteration of cultural themes in that region that spread throughout Egypt and ultimately reached Europe. It is there where these ideologies emerged into a more extravagant rendition of the multi-God systems that helped shape the Egyptian, Olympian and Roman cultures and their mythologies (Free, 2011). 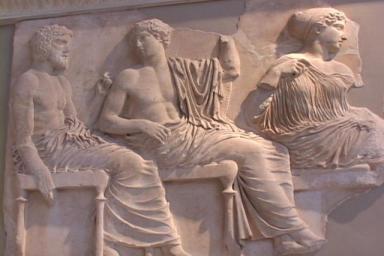 According to Cantor (2004), by 1330 BC, the forces of change that continued to shape the Mesopotamian civilization was determined by wars that were stimulated from external incursions as well as the induction of a monotheistic religion with similarities to Judaism. Pharaoh Akhenaton eliminated the traditional power of priests that served the multitude of deities during his reign. This was not long lasting however, as the theological revolution was overturned immediately upon the Pharaoh’s death (Cantor, 2004).

Invasions from the north helped continue to shape the Tigris-Euphrates valley as each civilization following the Sumerian (Chaldean, Assyrian and Babylonian) succeeded one another while the structural component of these ancient cultures and agricultural based economies remained the same. The invasions finally subsided around 500 BC, and the area became absorbed by the expanding Persian (Iranian) Empire to the east. Additionally, by the first century BC, Egypt was consumed by the expansion of the Roman Empire and remained the wealthiest province until the Muslim Arab Empire materialized in the seventh century AD (Cantor, 2004). 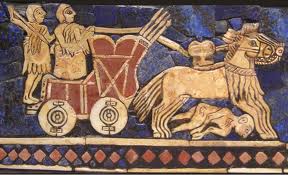 The human agent’s social status also played a role in shaping these early civilizations. The divisions of classes were diverse and divided into three sects: (a) the monarchy, (b) the aristocrats, and (c) the laborers. The monarchy was considered divine appointment and the aristocrats derived their wealth from royalty. This group also included the priests who supported the throne.  For the peasants and urban laborers on the other hand, life expectancy was short, never reaching above the age of forty until the twentieth century.  Slaves, laborers, peasants, and urban workers which constituted 95 percent of the populace, were all connected to the servitude of the king, priests and aristocrats throughout their entire lives (Bauer, 2007). 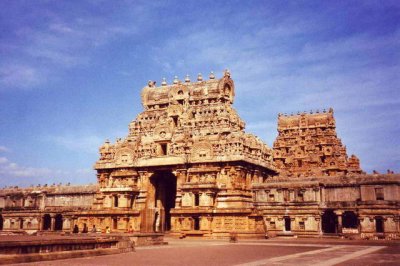 The End of an Era

According to The Biblical Archaeological Society (2012), Geologists from the Byrd Polar Research Center attribute that more than 200 years of excessive drought was the culprit that may have ultimately doomed the Sumerian civilization. New geological records point to an extended period of drought that began around 200 BCE, with increased rates of evaporation in both the Dead Sea and the Red Sea, coupled with lower rainfall across the region. Archaeology reveals that during this period, nearly 75 percent of the ancient Mesopotamian settlements were abandoned. In the meantime, groups of marauding invaders took up residence that effectively brought the Sumerian civilization to its end. The collapse of this civilization does not constitute abandonment in its entirety however, as some would surmise. People still resided there, but there was a sharp change in the population (Staff, 2012). 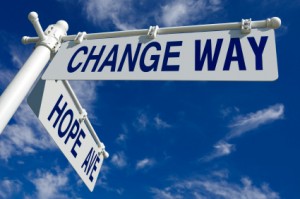 Neuroscientist Dr. Joe Dispenza (2012) suggests that in order to affect change we must change ourselves. He concurs that an idealized version of us must exist in our thoughts first, which emulates a different and a better version of ourselves and our world (Dispenza, 2012). This is a key component to becoming an agent of change.

In conclusion, this research disclosed some of the significant components and motivating factors that operate as facilitators of social change. Humanity’s continued exploration and comprehension of self, the ancient world, the modern world, and our interconnectedness, can guide the development of the human agency to a future with different and better outcomes.

Dispenza, J. (2012). Breaking the habit of being yourself. Carlsbad, CA: Hay House Publishers.

Staff, B. A. (2012, December 5). Did climate change bring sumerian civilization to an end? Retrieved February 5, 2012, from The Biblical Archaeological Society: http://www.biblicalarchaeology.org/daily/biblical-sites-places/biblical-archaeology-places/did-climate-change-bring-sumerian-civilization-to-an-end/