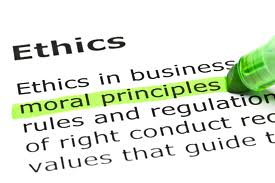 It is important that entrepreneurs create a culture of ethics and social responsibility because people want to conduct business with an organization they trust. The way an organization responds to the needs of the consumers and stakeholders can reveal the character and moral rules that govern their conduct. According to Wicks and Freeman (2010) the failure of connecting ethics to the core of a business enterprise and to the decision making process from the leaders and managerial staff, is dysfunctional and an unhealthy approach to business (Wicks & Freeman, 2010). The benefits of ethical and standardized social responsibility an enterprise incorporates are intrinsic to an organization’s image and can have an impact on employee morale. For example, when a CEO creates an ethical culture that consists of rewards, benefits, and special programs for staff members, it is likely the company will produce loyal employees and have little turnover. Entrepreneurs who make their staff feel valued with components that include fully paid health insurance, life-related support programs, day care centers for working families, and social events, can motivate employees, and instills a company pride that can create a joyful climate.

Ferrell and Fraedrich (2012) suggest that in a business environment, providing a model that can identify, examine and resolve ethical issues helps business owners coherently assess the “bottom line” value of ethical behavior (Ferrell & Fraedrich, 2012). For instance, an entrepreneur made the discovery that one of their product ingredients included parts of beetles that were not clearly disclosed on the packaging. The ethical decision the leader faces is whether to acknowledge the ramifications and repercussions by revealing the truth in an effort to conduct themselves in a transparent manner. Investigating alternative ingredient sources is a solution that can be costly to the organization. On the other hand, the business owner can take a cost effective approach, by keeping the information classified, guarded under lock and key, praying no one will find out. In such cases, worrying about ethical disasters can lead business owners to take a reactive approach out of fear and anxiety. This method tends to miss the mark in terms of creating a desired outcome because their problem-solving tools lack an ability to react in a positive constructive way. At this stage, they are focused on covering their tracks, a path that will ultimately jeopardize the organization’s ethical foundation and ability to sustain a successful business. 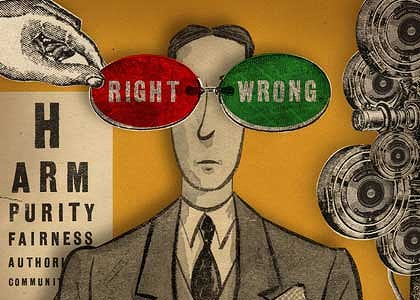 Shaw (2008) defines business ethics the study of what constitutes right and wrong human conduct in a business context and the moral standards concerned with behavior that seriously affects the well-being of individuals. Concepts like good and bad; duty and obligation; as well as moral responsibilities are some of the components that address business ethics. Each organization has a professional code of ethics that govern the conduct of members in a given profession. Sometimes these codes are unwritten, like not dating co-workers for example. Violation of these codes can result in the disapproval from peers and in extreme cases the loss of a license or a career (Shaw, 2008).

In addition, an organization has a responsibility to conduct business in manner that is not destructive to the environment which in turns affects the populace (consumers). This kind of unethical business practice can have devastating effects on a company’s success. Take for example an exposé that revealed in the mid-1980s that Burger King, in an effort to meet growing consumer demands, engaged in practices that led to the deforestation of an enormous portion of the Amazon rainforest to raise cattle for beef import. Consumers and environmentalists were in an uproar. Armed with scientific evidence to support the importance of rain forests on our ecosystem, a movement was created to boycott the corporation. As a result, Burger King suffered great losses reflecting a 12% decrease in revenue. This urged them to cancel their $35 million contract with Costa Rican beef suppliers agreeing to use US domestic cattle only. This demonstrated Burger King’s ability to conduct their business affairs more ethically (Aronoff, 2011). Burger King’s strategy embraced an ethical culture by finding a solution to create a business culture that displayed a concern for the environment as well, a tactic that helped them regain their status in the marketplace. In conclusion, entrepreneurs that are concerned with ethics and social responsibility create a foundation for success and sustainable business practices that consumers can trust.

2 comments on “Ethics and Social Responsibility”