Most people develop their sense of values and principles from life experiences, spiritual institutions, the educational process, and their family environment. These are some of the components that shape an individual’s moral and ethical perceptions. However, in the business arena, Freeman and Wicks (2010) suggested that most organizational managers suffer from what is called moral muteness, or an inability to use the language of ethics as part of their managerial position. Leaders that suffer from moral muteness tend to shy away from engaging in conversations about ethical issues and look for ways to categorize and address them as bottom line challenges rather than genuine moral concerns (Freeman & Wicks, 2010). In short, ethics is an uncomfortable topic for many employers because, in most cases, it is considered a highly technical discipline requiring advanced levels of knowledge and degrees to decipher. As a result, when experts are absent, managers refrain from participating in ethical conversations because they do not have the tools to qualify as an authority on the subject. In addition, topics regarding ethics consist of blame and fault issues and leaders are hesitant to discuss these matters for various reasons including fear of making colleagues and peers their enemies, taking blame for a situation, or having their integrity questioned. This research takes a closer look at the evolution of business ethics. It includes an analysis of the development of business ethics over the past and examines how the rise of social issues played an important role.  It will illustrate how these changes impact current business philosophies and reporting practices, as well as how these components have helped shaped the author’s values and principles that evolved over time. The findings of this research conclude that while stagnation can set the stage for conflict, business ethics emerged as a result of the plethora of events that took place over time.  These events ultimately gave rise to changes in business philosophies, reporting practices, and the social issues that brought forth questions to prompt a closer examination of the morality issues in business practices.

The Emergence of Business Ethics

Business ethics evolved from a myriad of changes that occurred over time. Ethics is a common way to determine what it means to be an upstanding citizen, a decent individual, an active participant as a parent, and is an effective tool for someone with excellent leadership skills. Ferrell et al. (2013) defined the term “ethics” as the analysis of the nature and basis of morality where moral judgments, standards, and rules of conduct are identified and addressed. Business ethics, therefore, consists of the values, ideals, and standards that guide behavior in a business climate. In this arena, organizations define specific principles that outline pervasive behavioral boundaries which are all-encompassing and absolute (Ferrell, Fraedrich, & Ferrell, 2013). In short, principles are used to develop norms that are socially accepted and enforced based on values like honor, accountability, and trust.

There were many events that occurred to impact change in business philosophies and reporting practices. Ferrell et al. (2013) postulated that initially, ethical issues as they related to business situations were discussed within the domain of philosophers and theologians in churches, synagogues, mosques, and other spiritual institutions. It is here where subjects like fair wages, labor, and the morality of capitalism were contemplated (Ferrell, Fraedrich, & Ferrell, 2013). The issues workers faced in the 1920s, for instance, brought attention to harsh working conditions and child labor laws. During this period, the concept of capitalism played an integral part in the evolution of business ethics. For example, a progressive movement provided citizens with what was defined as The Living Wage. The purpose of this movement was to encourage businesses to adopt policies that allocated sufficient income for workers to provide for their education, recreation, health, and retirement. By the 1930s, it evolved into what was known as The New Deal, in which businesses were asked to work closely with legislators to raise the family income. By the 1950s, President Truman transformed the plan into what became known as A Fair Deal. This plan addressed important concerns like civil rights and ethical issues regarding environmental responsibility.

The social and political movements of the 1960s also brought forth major changes in the evolution of business ethics. Ferrell et al. (2013) point out that focus during that period evolved around environmental issues, civil right issues, increased employee/employer tensions, and the rising epidemic of alcohol and drug consumption (Ferrell, Fraedrich, & Ferrell, 2013). In 1962, for example, President Kennedy’s message to US citizens was focused on the protection of consumer interests.  He proposed a plan that introduced four basic consumer rights to help protect the public: (a) the right to safety, (b) the right to be informed, (c) the right to choose, and (d) the right to be heard. These eventually became known as the Consumer Bill of Rights and had a huge impact on the evolution of business ethics.

The issue of business ethics continued to evolve and, as a result, began to emerge as a new field of study. Institutions popped up that offered more research, education, and training. Ferrell et al. (2013) contend that theology and philosophy also laid the groundwork for ethical behavior in the 1970s and identified a set of moral values that were acceptable with respect to business activities. Based on those foundations, professionals began the education process to teach and write about corporate social responsibilities offering practical strategies (Ferrell, Fraedrich, & Ferrell, 2013). Most leaders believed it was an organization’s obligation to maximize their positive impact on shareholders and consumers while minimizing their negative effects. During this period, employees were militant about ethical issues, human rights, cover-ups (following the Watergate Scandal), disadvantaged consumers, and transparency issues. These were a few of the relevant components that helped shaped business ethics at the time.

Incidents like bribery, illegal contract practices, influential peddling, deceptive advertising, and financial fraud shaped the development of business ethics in the 1980s. Ferrell et al. (2013) studies revealed the military developed called the Defense Industry Initiative (DII) to addresses some of these issues in their own industry.  It was designed to guide corporate support for ethical conduct in the armed forces. Six principles of this initiative included: (a) the support of a code of conduct, (b) ethical training for employees, (c) an open atmosphere for employees to report violation without fear of retribution, (d) inclusion of internal audits with effective reporting, (e) the preservation of integrity in the defense industry, and (f) adopting a philosophy of public accountability (Ferrell, Fraedrich, & Ferrell, 2013). These initiatives have been adapted in many of today’s most successful organizations.

Business ethics serves to question the morality of business practices. Unsafe working conditions and sweatshops were brought to the forefront of ethical business practices in the 1990s because of outsourcing practices to underdeveloped third world countries that a growing number of corporations were engaged in. For example, Ross (2007) disclosed that some privately owned factories in China worked their staffers twenty-seven out of thirty days, eleven hours a day, to satisfy the growing demands of the expanding global market (Ross, 2007). In addition to the atrocities committed in sweatshops, the rise of corporate liability for personal damages also played an integral role in the evolution of business ethics. This was due to the exposure of illicit practices by the tobacco industry and the ethical misconduct from the fraud and financial mismanagement scandals that were exposed. To tackle this, Bill Clinton’s administration set the climate that ushered the development of ethical compliance programs based on the principles outlined by the DII. These programs codified legal incentives to reward companies for being accountable and taking measures to prevent misconduct by implementing strategies to monitor internal legal and ethical practices.

Since the turn of the 21st century, new issues arose that continued to help business ethics evolve, like cybercrime, product safety, financial misconduct on a global level, theft of intellectual property, and ethical issues regarding the sustainability of organizations and products.  Ferrell et al. (2013) point to the increased abuses in corporate America that led an outraged public and government to demand an increase in the level of standard ethical practices in business operations.  For example, fraud and mismanagement in financial institutions led to the development of the Sarbane Oxley Act (Ferrell, Fraedrich, & Ferrell, 2013).  This new law made securities fraud a criminal offense with stiffer penalties for corporations engaged in those practices.  It also resulted in the creation of oversight boards that require companies to establish and identify a code of ethics with respect to financial reporting and the transparency of financial records to shareholders and other interested incumbents. 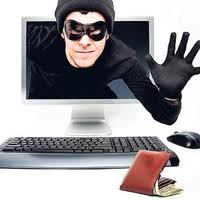 The ethical issues leaders face today in a business culture focus on: (a) protecting the environment, (b) avoiding meltdowns like Enron, (c) the corruption of financial institutions, (d) making products that do not put the public’s health at risk, (e) keeping sexual harassment out of the work place, (f) avoiding discrimination, and (g) protecting intellectual property. Boatright (2009) suggested that law and ethics control two different domains. The law is established to protect public life, whereas ethics govern private matters (Boatright, 2009). In other words, the laws clearly define a set of enforceable rules that is applicable to everyone. Ethics on the other hand, are a matter of personal views that reflect how an individual chooses to navigate their own life. Like many leaders, this researcher discovered that in the business arena, more than the law must be taken into consideration when making important decisions and behavioral choices. In short, reliance on the law alone is not enough to make the most effective decisions to achieve the highest outcomes. 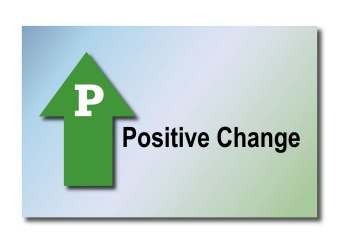 Business ethics evolved from a variety of components that continue to bring about positive change. Leaders are required to operate within the framework of the law because they provide goods, services, and jobs, and are organized so that their success is reliant on the efficiency and effectiveness of their operations and the operators who guide them. In a professional arena, leaders must adhere to the parameters and legal frameworks established by society and their organization, as well as follow a standard code of ethics established by their company. The most effective employers understand that a strong foundation outlines the parameters of ethical practices and is a major contributing factor to employee commitment, investor loyalty, and consumer satisfaction that effect an organization’s profits and longevity. Freeman and Wicks (2010) purported that business ethics should not be an option for leaders. Instead, it should be embraced as an inescapable part of what it means to be a human being and apply those principles to run a successful organization (Freeman & Wicks, 2010). The findings of this research conclude that ethics is a way of communicating, behaving, and thinking to help people create and live better lives. Employers that apply ethical organizational behavior, improve their chances of making better decisions with the strength and honor of being able to defend their choices. Businesses with leaders who do not engage in ethical practices do not achieve the same successful long term outcomes. That in itself is reason enough to comply.