Recently, neuroscience students from Brown University published their findings on mindfulness practices (meditation) and the positive effect they have on helping individuals manage and even overcome mental disorders. Below is a post written by Christina Sarich (2014) that was published last week on the Mind Unleased website, that shares their findings:

According to the National Institute of Mental Health (NIMH), 7.7 million Americans suffer from schizophrenia and bipolar disorder – approximately 3.3% of the US population when combined. Of these, approximately 40% of the individuals with schizophrenia and 51% of those with bipolar are untreated in any given year, but with the new studies being presented by Juan Santoyo and his peers, there could be strong scientific proof that meditation could help even the most debilitating psychological disorders.

Juan Santoyo is studying neuro and contemplative sciences, and he isn’t doing it ‘just to tickle his fancy,’ but to solve the real problem of mental disorders in our society. He presented his findings at the 12th Annual International Scientific Conference of the Center for Mindfulness at the University of Massachusetts Medical School.

He noticed when his family emigrated from Columbia that many homeless people suffered from psychological orders that often went untreated. Instead of pumping them full of pharmaceutical meds, he sees another plausible solution based on the preliminary results of a study published in Frontiers in Human Neuroscience.

The paper describes how meditation affects a subject’s ability to change brain activity in the posterior cingulate cortex (PCC). Given the chance to observe real-time feedback on their PCC activity, some meditators were even able to control the levels of activity there.

“You can observe both of these phenomena together and discover how they are co-determining one another,” Santoyo said. “Within 10 one-minute sessions they [participants in a meditation study] were able to develop certain strategies to evoke a certain experience and use it to drive the signal”  (Sarich, 2014). 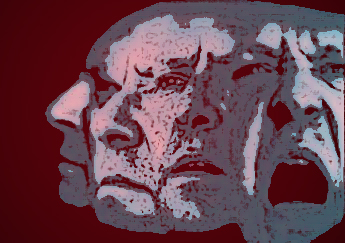 To surmise, Brown University’s research indicates that training in mindful meditation facilitates an awareness of present moment experiences, such as body and breath sensations. These practices can also change a person’s brain activity which enables their ability to manage mental disorders more effectively. In addition, mindful practices help prevent depression, reduce stress, and relieve chronic pain! This research is exciting and gives promise to coping strategies that offer alternative methods to not only manage enhanced emotions, it also offers hope for the management of psychological disorders with successful outcomes.

Friday’s post will focus on some of the practices I utilize that have been instrumental in my own healing process;  how these practices work as coping skills which have helped me both professionally and personally, and reveal the long and winding road that led me to their door.

Until then … keep organizing.

“The whole idea of compassion is based on a keen awareness of the interdependence of all these living beings.” —Thomas Merton