The most successful business leaders comprehend the legal parameters to help them operate their firms  more efficiently. Managers that have a grasp on the law benefit from that knowledge. They are cognizant that comprehending the laws of the US Constitution, for example, plays a significant part in their ability to protect their rights. Organizational leaders that learn to interpret and comprehend the provisions of the Constitution will be ahead of the game in operating a successful firm. 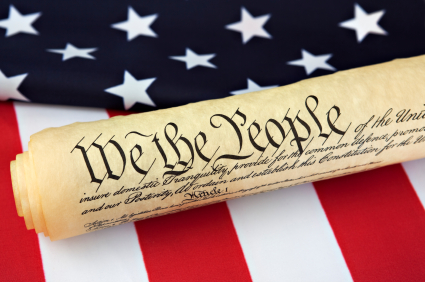 The Fourth Amendment, for instance, is an important component of the Constitution known as the Bill of Rights. It was created to protect US citizens and their possessions. In his book, More Essential Than Ever: The Fourth Amendment in the Twenty-First Century, Stephen Schulhofer (2012) contends that prior to the establishment of the Fourth Amendment, American Colonists were subjected to abusive searches from authorities who plundered their businesses and rummaged through their documents and possessions (Schulhofer, 2012). Other infractions of the Fourth Amendment involve violation of rights by the abusive power of officials who take advantage of citizens that are uneducated or may not be aware of their rights. Individuals that have emigrated from foreign countries, for example, may be at a disadvantage because they are unable to communicate effectively and are discriminated against. The Fourth Amendment was designed for this reason, to protect US citizens from having their property searched or seized without law enforcement having reason and/or obtaining a legitimate warrant to do so.

The Fourth Amendment benefits citizens and their businesses because it protects them from unwarranted searches and having their possessions confiscated. On the other hand, the Fourth Amendment also benefits authorities because it gives them the right to search and seize evidence from individuals or businesses suspected of illegal conduct that may bring harm to the public at large. In his book, The Fourth Amendment: Its History and Interpretation, Thomas Clancy (2008) purported that with respect to any case that involves Fourth Amendment issues the following question must be addressed: does the government activity (whether search or seizure) invade the individual or their business interests that are protected by the amendment (Clancy, 2008). In other words is the activity warranted or not? For example, in today’s world, technological innovations in communication and the internet are creating cause for alarm with respect to the rights of citizens under the Fourth Amendment because of the astounding surveillance capabilities of the government to collect private information and data in the name of national security post the 911 terrorist attack. The questions modern citizens face today is whether this invasion of privacy is an infringement on their Fourth Amendment constitutional rights.

Furthermore, the act of a search or seizure is very degrading for an individual to experience. In fact, Taslitz (2006) disclosed that the original Fourth Amendment of 1791 was constructed to tame political violence. The truth is that the early colonists not only complained about taxation without representation, they were outraged that the enforcement of these tax laws were conducted by searches from authorities without evidence of any wrongdoing (Taslitz, 2006). In other words, search and seizure were the core issues that motivated the revolutionary war!

The truth is, authorities that conduct seizures and raids have consciously engaged in an act that strips individuals of their rights and privacy. It is imperative that any authoritative figures that engage in such activity do so legally to prevent the violation of an individual’s US Constitutional rights, or rob a person of their dignity in doing so. In my publication, Ethics in the Real World (2013), I begin the book by pointing out that people in positions of power who have no one to answer to, can become dangerous, because time and time again history has shown us that rulers with unlimited power tend to behave with unlimited corruption. Without laws like the Fourth Amendment citizens would be powerless to stand up to misconduct and fraud.

The right of the people to be secure in their persons, houses, papers, and effects, against unreasonable searches and seizures, shall not beviolated, and no Warrants shall issue, but upon probable cause, supported by Oath or affirmation, and particularly describing the  place to be searched, and the persons or things to be seized.

Law and order exist for the purpose of establishing justice and when they fail in this purpose they become the dangerously structured dams that block the flow of social progress. –Martin Luther King, Jr.