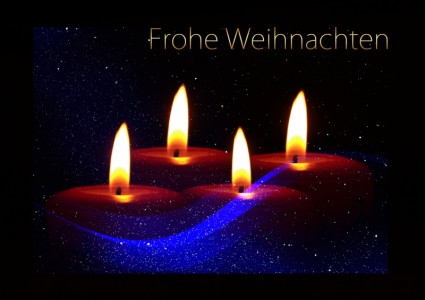 As performing artists touring in Europe, we had the privilege of celebrating a few holidays there and thought we’d share some of the highlights of spending Christmas in Germany.

A big part of the Christmas celebrations in Germany is Advent. Several different types of Advent calendars are used in German homes. As well as the traditional ones that can be found in many countries, there are calendars made out of a wreath of Fir tree branches with 24 decorated boxes or bags hanging from it. Each box or bag has a little present in it. Another type is called a ‘Advent Kranz’ and is a ring of fir branches that has four candles on it. This is like the Advent candles that are sometimes used in Churches. One candle is lit at the beginning of each week in Advent.

Christmas Eve is the main day when Germans exchange presents with their families. 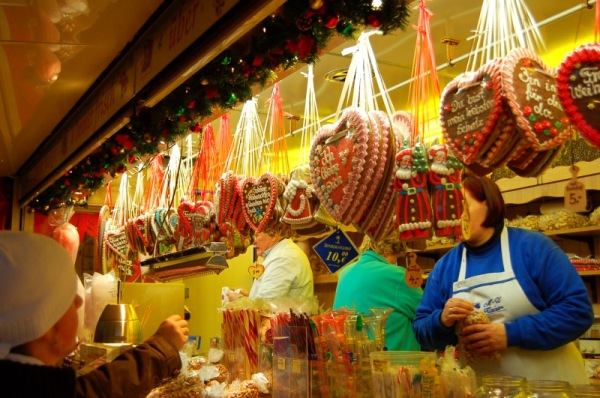 Germany is well known for its Christmas Markets where all sorts of Christmas foods and decorations are sold.

Christmas Trees are very important in Germany. They were first used in Germany during the Middle Ages. If there are young children in the house, the trees are usually secretly decorated by the mother of the family. The Christmas tree was traditionally brought into the house on Christmas eve. In some parts of Germany, during the evening the family would read the Bible and sing Christmas songs such as O Tannenbaum (Oh Christmas Tree) and Stille Nacht (Silent Night).

This is our favorite version of Silent Night … enjoy!