New technologies and material changes transform businesses’ expectations and the way they interact.  Globalization has changed the markets and environments dramatically in which organizations function.  New countries, governments, leadership, and markets emerged that created a global economy which stimulates both opportunities and conflict.  The crumbling of the Berlin Wall for instance, which unified East and West Germany is one example of an emergence which transformed that region.  In addition, the European Union created a cohesive economic culture that changed the face of global markets and entrepreneurs began appearing in places like the Balkans, Russia and Siberia changing the face of the former Soviet Union. 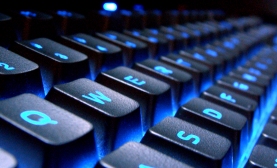 Managerial innovation responds to globalization and information technology by accelerating their impact on institutions.  New networks, strategic alliances and virtual corporations provide innovative ways of manufacturing goods and delivering services.  Companies and individuals who implement new initiatives can address preliminary conditions, including initial ideas, investments and control systems.  In his book, The Origin and Evolution of New Businesses, Amar Bhide (2000) purports that differences in conditions have affect on: 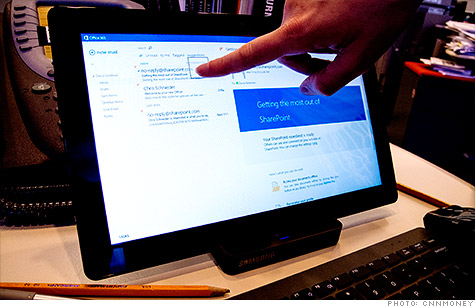 The introduction of new technology can assist in stimulating a business. For example, a new technical system was introduced at Capitol Records in the early 1990s (a former place of employment).  At that time, support staff which included paralegals and administrative assistants, were being introduced to an upgraded technology for communication and documentation needs.  Traditional electronic typewriters that were standard issue at the time were replaced with word processing machines.  Most personnel affected were excited at the prospect of increased levels in their productivity the new technology offered and embraced the new tools. 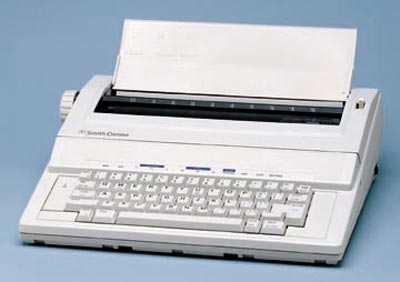 The new system allowed staff members to produce and save lengthy document templates in an electronic format.  In addition, errors and corrections could be made on a terminal monitor, rather than utilizing the auto-correct buttons the typewriters provided with a more primitive white out method.  This meant that mistakes could be corrected on a terminal screen alleviating the need to print a document before it was complete thereby saving time and production costs.  Up until that point, documents were typed up manually.  Corrections were generated on documents that sometimes left unattractive blemishes and marks from the white-out methods employed. 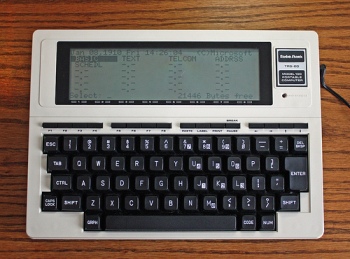 Other staff members were fearful and not as eager to embrace the new technology as it meant they were required to learn and train on a new system.  The more enthusiastic personnel who were not technology challenged, embraced the material change and welcomed the opportunity to learn and apply a new technology at their workplace.  Once the learning curve phase was complete they transformed into motivated individuals who were more effective.  The upgraded system increased the quality and levels of staff productivity.

In conclusion, Howard Means (2001) reminds us that before the internet there was Arpanet. The images in this post attest to how far we’ve come in word processing technology which can be traced back through laptops and desktops to the 30 ton ENLAC (electronic numerical integrator and computer).  Cars were preceded by steam powered tricycles and trains by wind propelled land ships (p. 17).  Digital technologies are an important tool in today’s world.  As the economy continues to evolve, businesses will seek solutions to enhance and develop their organizations.