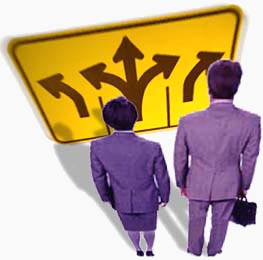 Decision making is an essential part of entrepreneurship that affects numerous elements in operating a business. It is in an entrepreneur’s best interests to possess the skills to help them reach the best decisions available to insure the soundest opportunity for success. Low (2010) contends entrepreneurs play an important role in the economy with three major components that affect their decision making process: (a) the vision and operation of the venture; (b) the uncertainty and risks they confront; and (c) the innovation process or reallocation of resources (Low, 2010, p. 5). In addition, incorporating the necessary business acumen can: 1) influence political agendas; 2) help avoid violation of legal and regulatory issues that can yield outcomes with extreme consequences; 3) play an important role in cultural perceptions; 4) influence the demographic diversity of an industry; and 5) have a huge impact on the financial resources that affects the operation of a business. 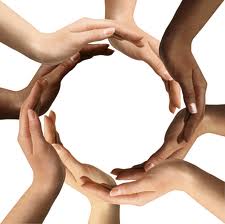 A proprietor’s decision making process can also effect the demographic diversity of an organization. For example, when Virgin Company’s entrepreneurial giant, Sir Richard Branson (2012) was contemplating whether Virgin branch out to launch a new airline, he was advised to avoid certain competitors due to costs and for fear of going up against industry giants. He realized he was up against goliaths with sizable fleets, experienced staff, and strengths from holding huge portions of market share.  Branson’s intuition however, and personal grievances from traveling, kept focused on competitor complacency. He was passionate about creating a better flying experience and knew others felt the same.  With this energy and tunnel vision, Virgin Atlantic was introduced and made their mark in history (Branson, 2012).

Each year the US Supreme Court issues actions that constitute new litigation due to failed businesses because of gaps in legal insight in the decision-making process by leaders (Bardwell, 2009). For example, during my employment at Capitol Records, the organization expanded into the music video production market and created a new division called Picture Music International (PMI). This event constituted the rearrangement of senior executives in key positions who were disbursed in helm positions within the structural organization. The changes occurred quickly in an attempt to create a smooth transition while maintaining operations. As a result, important components were overlooked and errors were made due to communication barriers from the rapid transit.  In the process, a contractual renewal date for an important artist went undetected. The new senior executive did not negotiate the original contract and was therefore not cognizant of the issue. The artist’s legal representatives allowed the contract to expire and the artist signed to a competitive label. Because of the gap in legal insight, the oversight resulted in the forfeiture of a major industry player, and in the eyes of the shareholders, perceived as an embarrassing loss.

Steyaert (2000) purports the role of entrepreneurship in the modern era is far larger than previously considered and is closely involved with economics.  Entrepreneurship is viewed as an economic phenomenon, with innovative power that extends beyond its own economic ambitions and requires the examination of its political and ethical effects (Steyaert, 2000). For example, when a firm is exposed for polluting, activists use this opportunity to pursue political agendas.  In the meantime, scholars explore factors that determine how entrepreneurs help economies grow as a result of psychological approaches to an enterprise (Thornton, Robeiro-Soriano, & Urbano, 2011). Take for example the culture Starbucks created. Prior to its genesis, Americans were used to having coffee in diners or restaurants for under a dollar.  Starbucks vision focused on drinking coffee as a reason to socialize. In doing so they created a culture where consumers are happy to pay premium prices to partake in the Starbucks experience. This culture translates into enormous profits and a worldwide phenomenon that includes a Starbuckian dialect.

Financial advisors understand that cash flow is also an important component business owners require to make sound financial decisions to ensure growth and survival. A company with solid liquidity is not only able to meet short term financial obligations, but also has accumulated enough equity to take advantage of alluring business strategies as they expand (Cory, Envick, & Patton, 2011). For example, with each success Capitol Records enjoyed from an extensive catalog that includes the Beatles, Neil Diamond, Tina Turner, David Bowie and Kenny Rogers, UK based parent company, Thorn-EMI continued to incur huge revenues that allowed them to expand into other fields. However, for every successful venture, there are also ventures that fail and become corporate tax write-offs. In this aspect, the decision making process can result in failure and loss of revenue.

Sir Richard offers the following tips that have helped in his decision making: (a) trust your instincts, (b) focus on your customers, not your critics, (c) always support your team, and (d) know when to say goodbye (Branson, 2012). In conclusion, the most important reason decision making is an essential skill for entrepreneurship, is that a wrong choice can become the game changer that makes or breaks an organization.

That’s a wrap for this week! Until next time … Keep organizing your systems!

Most of us are going through life without interrogating whether our decision-making processes are fit for purpose. And that’s something we need to change – especially when the stakes are high and the decisions are of real import. – Noreena Hertz