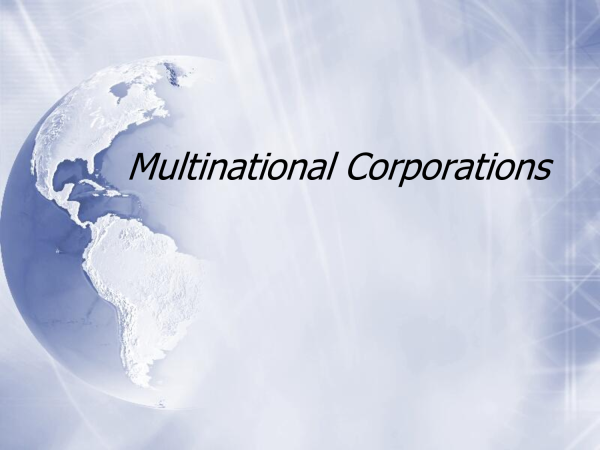 The global marketplace continues to expand because of the increasing number of organizations that are now engaged in commerce outside of their own jurisdiction. Boatright (2009) purports that as large multinational corporations (MNC) cross their own boundaries intense competition is at the core for the elevated levels of ethical problems that arise because in most cases, leaders and managers are unprepared to address them (Boatright, 2009). For example, many MNCs often engage in practices that exploit inexpensive labor and natural resources from less developed countries (LDC) and most do so without making investments in them that would help advance their economic development. Corporate leaders, for example,  find themselves in situations where they are forced to make unethical choices because they are being asked to place the procurement of profits as their primary goal disregarding the health and welfare of the consumers that support them. Leaders in one case study were asked to provide products that contained harmful substances and export them to other markets outside the US where little restrictions apply. The fact that managers even have to consider this as an option personally is appalling and at heart of why we are seeing so many examples of corporate misconduct exposed in the headlines like a pharmaceutical manufacturing plant that shipped contaminated vaccinations, or a peanut farm that was exported products contaminated with salmonella. When corporate leaders are faced with issues like these, profit is usually at the forefront of their decisions over safety. 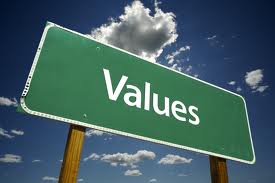 Corporate leaders are driven and have a duty to make sure their organization is run efficiently to achieve successful outcomes. Byron (2006) suggests that with the guidance of corporate leaders, a company’s purpose is to articulate their dominant values, translate those values into their principals and allow those principals to influence corporate culture. For example, the old version of corporate culture was characterized by such values like freedom, individuality, competition, loyalty, efficiency, self-reliance, power, stability, contractual obligations, and profit. If these values are not regulated and controlled, unworthy values like greed and the motive to dominate rather than serve can propel individuals and organizations to engage in ethical misconduct. In the new corporate climate however, leaders are embracing and learning to comprehend the ethical connection between the organization and a broader picture of its stakeholders which include employees, supplies, consumers, the community and the environment (Byron, 2006). Regardless of the situation an individual find themselves in, the final decision should reflect good judgment and the right choice, which in my view, does not include bringing harm to stakeholders. This in the long term, is a best practice choice.

Unfortunately, many leaders are forced to make a decision between profits and the welfare of their consumers.  Some are aware of how other companies handle similar situations and feel immense pressure to adapt those industry practices to save their own hide and remain competitive in their market, or as Ferrell et al. (2013) describe, “When in Rome, do as the Romans do” (Ferrell, Fraedrich, & Ferrell, 2013). Leaders face a multitude of pressures because (a) their organization is showing signs of eroding market share, (b) unethical supervisors put pressure on team leaders to cut costs or layoffs would result, and (c) they are usually under a time restriction to yield results. In addition, rather than work in partnership with colleagues to find the best solution, sometimes supervisors make it clear the weight of the decision is on one person’s shoulders. In a case like this, the decision could yield a positive outcome and everyone is victorious. However, if the decision should prove disastrous, that manager is on their own.  In conclusion, many organizational leaders find themselves facing similar issues because they have not established an ethical culture and instead created a climate that is vulnerable to ethical misconduct.