The most common securities many individuals are familiar with are stocks and bonds. According to Gabaldon and Soderquist (2011) the courts, however, have acknowledged all types of investment schemes, including some that relate to earthworms, chinchillas, and warehouse receipts for Scotch whiskey, which can also involve a security. People that invest in securities learn to become familiar with security laws to avoid violating them. It can also help them determine whether a transaction is a legitimate security based on concepts that are completely foreign like those mentioned here (Gabaldon & Soderquist, 2011). In other words, understanding security laws may help them learn how to profit from them, plus, it can also serve to protect their investments. In addition, regulation allows for fair competition in the marketplace. For example, consider a private California university that wants to issue “shares in learning” certificates; are they required to register the stock they offer with the Securities and Exchange Commission (SEC)? 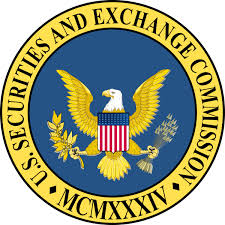 Federal laws mandate that securities are registered before they go up for sale. Companies are expected to file the paperwork with the SEC and the Supreme Court determines what securities constitute an investment contract. In order to be considered an investment contract: (a) it must provide an investment opportunity, (b) establish a common enterprise, (c) provide an opportunity to make a profit, and (d) the returns are derived from the management of others. In addition, the registration process must include detailed information on the provisions of the security offered, including the corporation’s properties and business, the company’s management team and their compensation, security holdings and benefits, a certified financial statement by an independent accounting firm, and any pending lawsuits the company may be engaged in. There are, however, exceptions to registering securities before they go up for sale. For instance, the SEC exempts securities that are issued by banks prior to July 27, 1933 or any securities issued by the government. In addition, securities are exempt if they have been issued by nonprofit organizations including religious, charitable, educational, benevolent or fraternal organizations (Seaquist, 2012). Based on this information, the private university in California, therefore, would be considered exempt, and not required to register with the SEC because it falls under the category of a nonprofit educational organization.

Regulating securities is an extremely complicated matter. Hazen (2009) contends that it is particularly perplexing because of the degree of detail and difficulty in elaborating both federal and state laws. Although originating is a matter of state law, the majority of regulation for securities falls under the jurisdiction of the federal law (Hazen, 2009). In other words, dealing with federal securities regulations is usually a difficult task that requires the consultation of several sources for efficient management because of the complexities involved. With respect to the stocks issued in from the private California university, according to Seaquist (2012) the Securities act of 1933, Rule 504 of Regulation D states that non-public issuers are permitted to sell up to one million dollars of securities in a twelve month period to any buyer. Under Rule 147, regulations also state that securities offered for sale by an organization that conducts 80% of their business in one state, are also exempt from filing (Seaquist, 2012). Given this information, one can conclude that the private university in California would be exempt from filing with proof the institution meets the following criteria: (a) it is a nonprofit educational organization; (b) the amount offered does not exceed the maximum value mandated in Rule 504 of Regulations A and D, and (c) they conduct most of their business in California where their facilities are located and students attend classes. In conclusion, because of the complexities involved with security laws, it is best to check with a legal consultant to determine exemption status.

There are those that favor an increase of government regulation in the business arena in light of events like Enron and the credit crisis of 2008, while others believe that self-regulation is more effective without the intervention of government agencies and their administrative laws. Funk and Seamon (2009) suggest that administrative laws are like the air we ingest: invisible and ubiquitous.  Administrative agencies effect many areas of our lives that most people take for granted. In other words, they are part of the atmosphere that comprise modern society and like our physical environment, a necessary component (in some form) to help sustain civility (Funk & Seamon, 2009).  However many company leaders believe that government intervention is not effective and regard it as an unfair practice that forces financial burden on businesses, particularly small ones. Seaquist (2012) contends that the purpose of government agencies and their administrative laws is to help oversee and carry out specific government functions that help maintain a civil society (Seaquist, 2012). However, the effectiveness of these regulations are altered and evolve as society does and as administrations change and incorporate their political views.

In order to better comprehend what role government regulation should play to ensure ethical corporate conduct, we must first understand what role administrative agencies and their laws are meant to play and why they were established in the first place. Funk and Seamon (2009) purport that historically, the most significant agencies (or departments), consisted of the President’s Cabinet or close advisory members.  There are fifteen areas these departments oversee: Agriculture, commerce, defense, education, energy, health and human services, homeland security, housing and urban development, interior, justice, labor, state, transportation, treasury, and veterans’ affairs. The formation of these agencies and the demands placed on the leaders altered the historic importance of the cabinet members (Funk & Seamon, 2009). Subsequently, as these agencies evolved, they slowly began to take on a life of their own. For example, the agencies focus on implementing and managing their administrative laws, which are primarily about procedure and the systems they maintain, in order to take action that affect citizens. The administrative laws in turn, are determined from judicial opinions, driven by judicial decisions – as opposed to statutory or regulatory content.  In the meantime, growing concerns over costs and the efficiency of these government regulations, continue to lead to the creation of many new laws and executive orders designed to reform them. In theory, as society evolves and new technology expands, these regulations and agencies continue to make adjustments and the cycle continues. 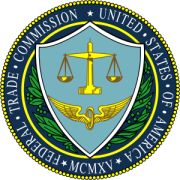 One thing is for certain, administrative regulation agencies have been granted considerable power. Gellhorn and Levin (2006) purport that some of these powers are assigned on an industry wide basis like the FBI and IRS whereas other agencies enforce norms of conduct within the economy like the Federal Trade Commission (FTC) that enforces the ban on unfair methods of commerce and competition (Gellhorn & Levin, 2006). What makes these agencies dramatically unique is that each operates wielding the power of all three principal branches of government. In other words, they have legislative power to issue rules that control behavior, including the enforcement of heavy civil or criminal penalties for violations. They also have executive power to investigate possible violations and prosecute offenders. In addition, they have judicial power to adjudicate disputes that fail to comply with mandates. For example, the Securities Exchange Commission (SEC) created regulations that outline specific disclosures that must be taken into consideration in a stock prospectus. This later becomes a law that is passed by the legislature that the SEC uses to enforce and prosecute violators. Then, the SEC acts as the judge and jury by conducting adjudicatory hearings.  What makes this a unique situation is that these administrative agencies are typically unattached to any of the three branches of government (executive, legislative, or judicial). This then, raises questions of concern with respect to the constitutional distribution of authority in our government which is based on the principle of the separation of powers. We must remember that the division of these branches serves to provide a check and balance system of the power exercised by the other two branches. This means that the combined powers of the administrative agencies are not in alignment with the three part paradigm of the democratic government system the founding fathers designed. Institutions granted that kind of power can become dangerous because they have no one but themselves to answer to. In light of this significant information, it seems the real question is not whether government should increase or decrease their regulatory measures, the real question is how to make them effective at what they were designed to do, with checks and balances in place to ensure that these agencies and the government leaders that run them, manage society in a fair and ethical manner and that the distribution of power is more evenly divided to detect ethical misconduct before another crisis threatens the global economy.