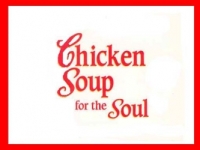 Many of us have different perspectives about the meaning of success and the factors involved that contribute or encumber achieving our goals. For example, even though individuals may have similar cultural and religious beliefs they can still express a multitude of definitions that equate success. In addition, people working together in groups may delineate success in a way that differs from when they work alone. American author and motivational speaker Jack Canfield (2008), best known for his Chicken Soup for the Soul book series is quoted to have said:

“Success in life is a lot like a connect-the-dots game. So many people have gone before us – leaving maps and guidebooks about how to replicate their success – that all we have to do is connect the dots” (para. 4).

This rendition paints the concept of success as simple enough to achieve. Nonetheless, in an organizational environment, a plethora of perceptions can make implementing methods to motivate workers a complicated issue that can impede company goals.

Many causes have been identified in establishments that experience decreased worker motivation which subsequently reduces productivity and can eventually contribute to the demise of an enterprise. Strategic incompetence, arrogance and ideology have been branded as the three foremost reasons why great institutions fail (Ullman, 2010); as was the case in with my first entrepreneurial venture that occurred many years ago. It happened after enjoying nearly a decade in corporate America when I left an esteemed position in the music industry to form an entertainment production company together with two other business partners. It ended in miserable failure. 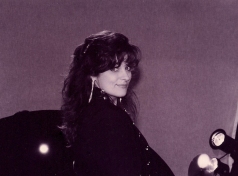 The three of us comprised a mosaic of diverse talents and experience. I hold a BFA and was an accomplished theatrical stage performer. One partner, Mr. Berry, was a professional magician and my other partner was a successful attorney with experience in corporate business affairs. In addition, we were all very close friends. These components gave us certainty our venture together would be fruitful and gratifying. Plus, we all enjoyed success individually as professionals.  Together our union was concrete. We were intensely inspired and passionately motivated to succeed. American self-help guru Dr. Wayne Dyer (2010) eloquently articulates the concept behind the synergy we conjured:

“Motivation is when you get a hold of an idea and you take it with you and you carry it through to a logical conclusion. Inspiration is an idea that takes a hold of you and takes you where you were intended to go in the first place”.

We were certain our intentions and deep rooted ambitions would easily direct our path to attain our professional goals. What I had not foreseen was that our combined optimism, passion, talent and enthusiasm was not enough to offer insight that in a business relationship, we did not possess the skills required as a group to make a good organizational fit. In fact, our lack of strategic competence, coupled with the arrogance of Berry, exacerbated the destructive process. In fact, his ideology of fame, glory and greed ultimately toppled and annihilated our enterprise.

Our newfound team did not experience challenges from the onset. The honeymoon stage of the operation was easily sustained the first few years. We spent many long nights having fun brainstorming and setting goals. The three of us practically lived together in those days. We kept occupied and focused on new inventions. We manufactured products that included: (a) a new line of magic and special effect apparatuses marketed and sold worldwide; (b) a television pilot we pitched to the major networks in Hollywood; (c) music CDs we produced and composed to score our live performance engagements; and (d) videos and books for convention events and speaking engagements. In addition, we were hired out as special effects consultants for a variety of corporate events and celebrities that included motivational speaker Anthony Robbins, Branson Missouri entertainer Jim Stafford, and legendary rock star Alan Parsons. Our new company was doing well and our team was smoking. 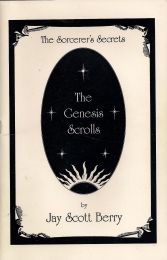 The media and press within the magic community endorsed our partnership at the time as did our peers and families who were equally encouraging and supportive. We were electrified we found a way to coalesce our talents and confident our destiny was to achieve great levels of success as we continued to spread music and magic touring around the world. We had what Anthony Robbins (1991) identifies in his book Awaken the Giant Within as controlled focus, “Controlled focus is like a laser beam that can cut through anything that seems to be stopping you” (p. 9). We were an exhilarated alliance and a force to be reckoned with.  There was no stopping the forward momentum we had initiated.